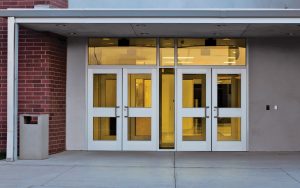 Complaint forms via the Freedom of Information Act were obtained by the Chesterfield Observer showing Chesterfield Virginia school system staff sometimes has no knowledge of where master keys are.  In addition to unsecured exterior doors, the documents suggest “key control” also has been an issue for the custodial contractors. One entry notes a school’s set of master keys disappeared and wasn’t found for more than two weeks. Keys to interior and exterior doors also have been misplaced at multiple schools.

Under terms of the contract all four custodial companies signed in April, the school system is permitted to charge $250 for each exterior door the contractors’ employees fail to lock prior to completing their assigned duties and leaving the building.

Tim Bullis, a spokesman for the school system, said in an email last week that it “continues to work on a corrective action plan,” but didn’t offer specifics about what such a plan might entail. The inability to secure exterior school building doors overnight is not a new issue in Chesterfield. The school system’s first two custodial contractors each were cited for dozens of such instances, among many other performance-related problems they encountered over the first four years of the outsourcing program.

Comments:  Unfortunately, this issue of lack of adequate key control in school facilities is a common one that we frequently hear of.  Any Board of Directors, school Principal or staff, or concerned parent may contact me directly at [email protected] to receive a free copy of “The Key to Keys” which outlines a prudent and cost-effective protocol for properly securing keys to protect our schools and students.